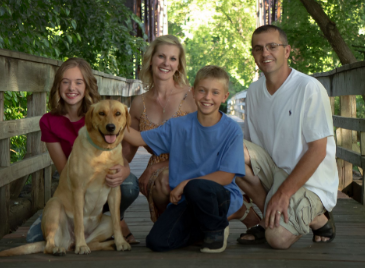 Mrs. Johnson is the new Principal with the Parker School District and officially joined our team July 1, 2020.

She has a Specialist Degree in PreK-12 Administration from the University of South Dakota, Vermilion, SD. She also has a Bachelor of Science degree in Middle Level Education from the University of North Dakota (Grand Forks, ND), a Master's in Science Education Technology from Dakota State University (Madison, SD), and completed the Specialist in Mathematics program from SD Counts. Mrs. Johnson also attended school at the North Dakota State College of Science (Wahpeton, ND) where she began taking courses in the area of Dental Hygiene before switching over to education, earning a degree in Liberal Arts.

Mrs. Johnson is originally from East Grand Forks, MN where she often returns to visit family. Mrs. Johnson and her husband, Corey, reside in Sioux Falls and will celebrate their 18th wedding anniversary this summer. Their daughter, Sarianna, will be a Freshman in high school and son, Spicer, will be a 4th grader. Their family also consists of a 1-year old yellow lab, Bailey, who likes to run and sleep.

Together, her family enjoys being outdoors where they partake in quite a bit of fishing and tossing of the bean bags otherwise known as Cornhole.